As a senior in high school, with all the options in front of him, Chad decided to join the US Marine Corps to serve his country and give back to those who came before.

Knowing he would probably go off to war, he said, “Maybe if I go now, my children won’t have to.” Devoted to his family and friends, Chad faced life’s challenges head-on, without fear.

His favorite directive to friends and brother was get going or get out of the way; to his parents it was get to living. 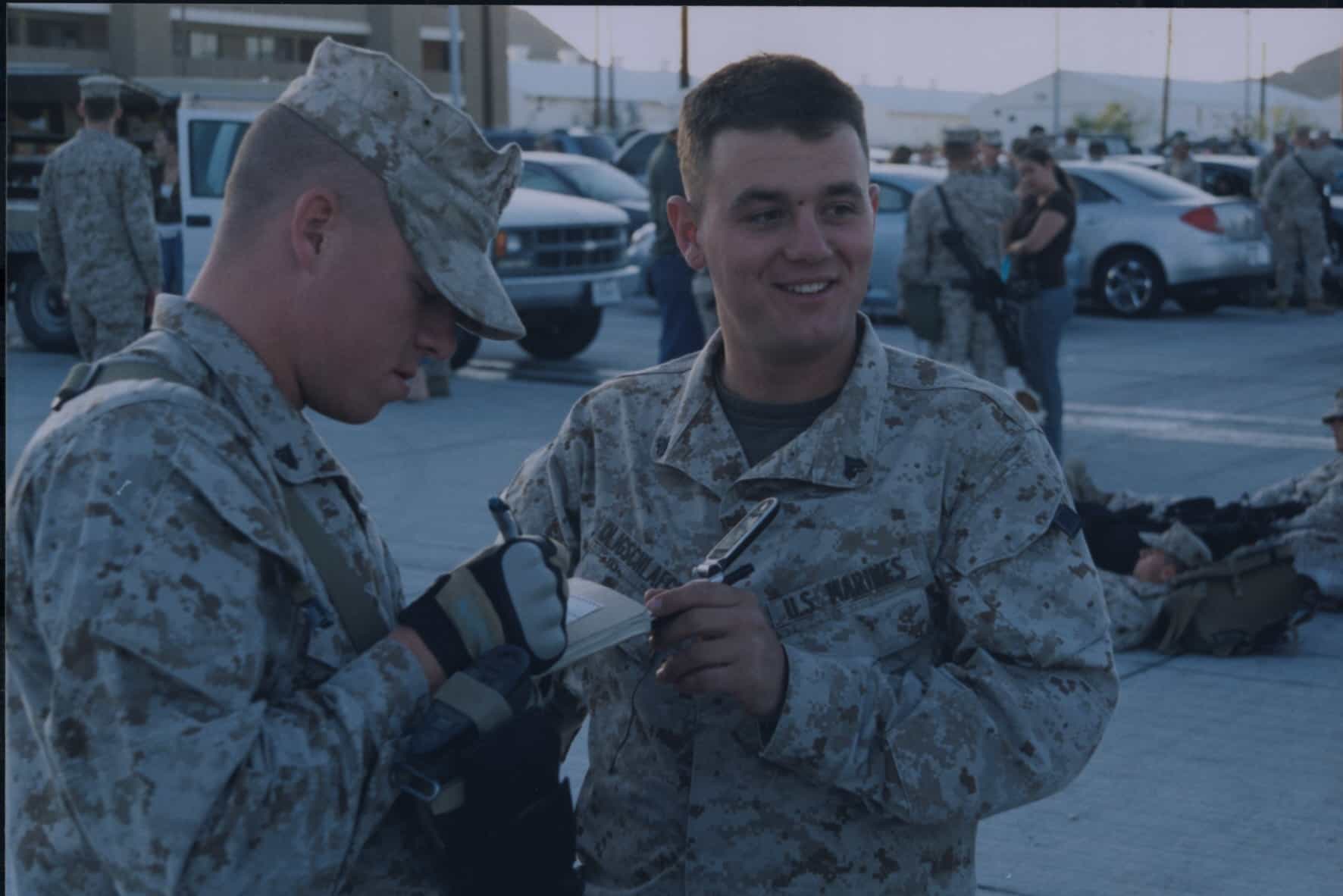 At 17, Chad left for boot camp in California. After 13 weeks of boot camp and several months of advanced weapons training, he received orders for Iraq. His first tour was in the Sunni Triangle during the height of the Sunni uprising in Western Iraq. He said it was “the scariest place on earth.” During those 7 months, he lost many friends & Marine Corps brothers. 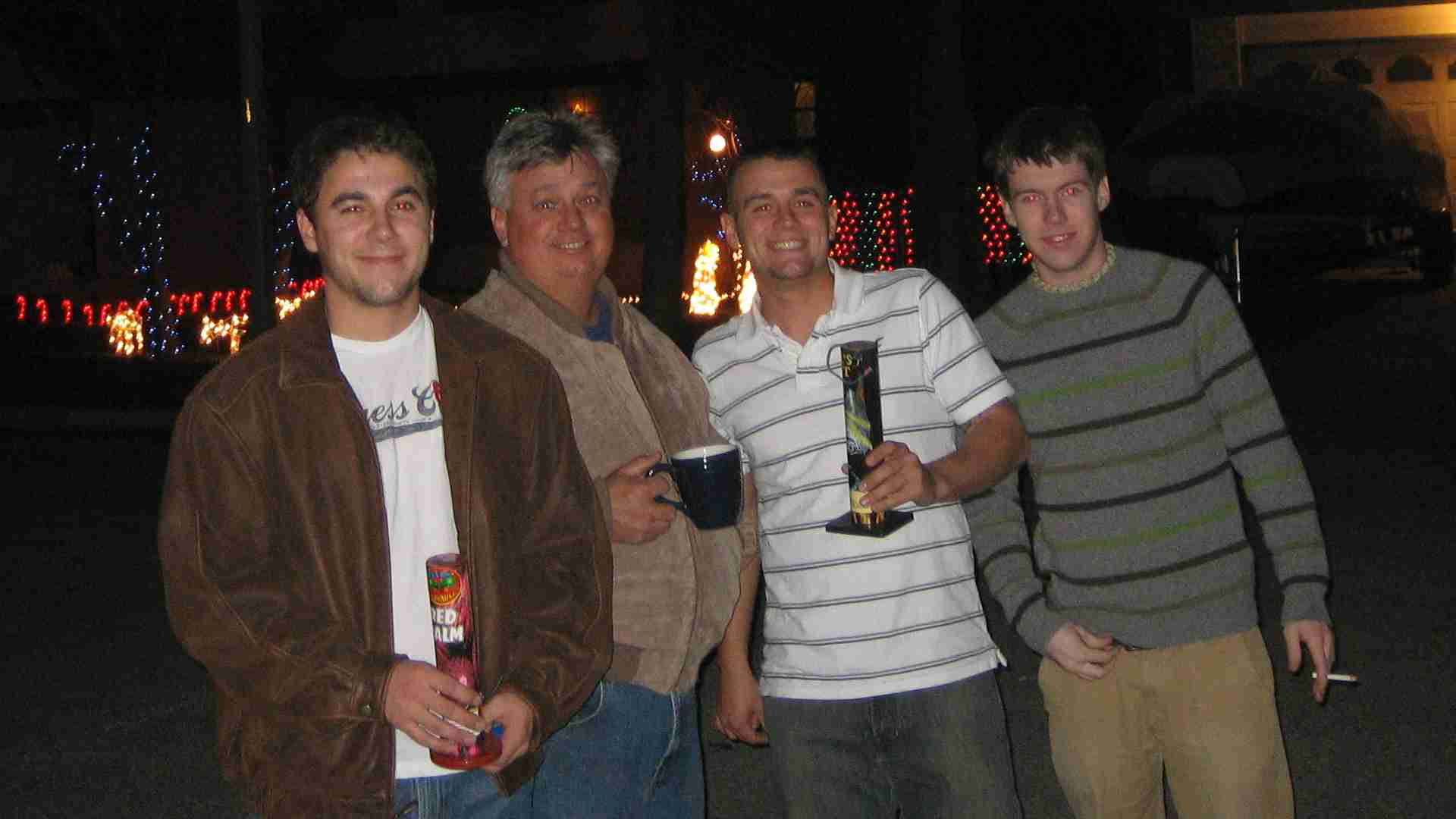 Chad arrived stateside just hours after his grandfather passed. Chad was whisked away for funeral services. He spent the next year in more training for the next tour. During this time, signs and symptoms of PTSD started to show.

He tried on several occasions to get help, but was berated and ridiculed by superiors. So he decided to try working through it on his own. (Military doctors documented his condition as severe PTSD and recommended in-patient treatment. His superiors overrode this and sent him back for a second tour.) 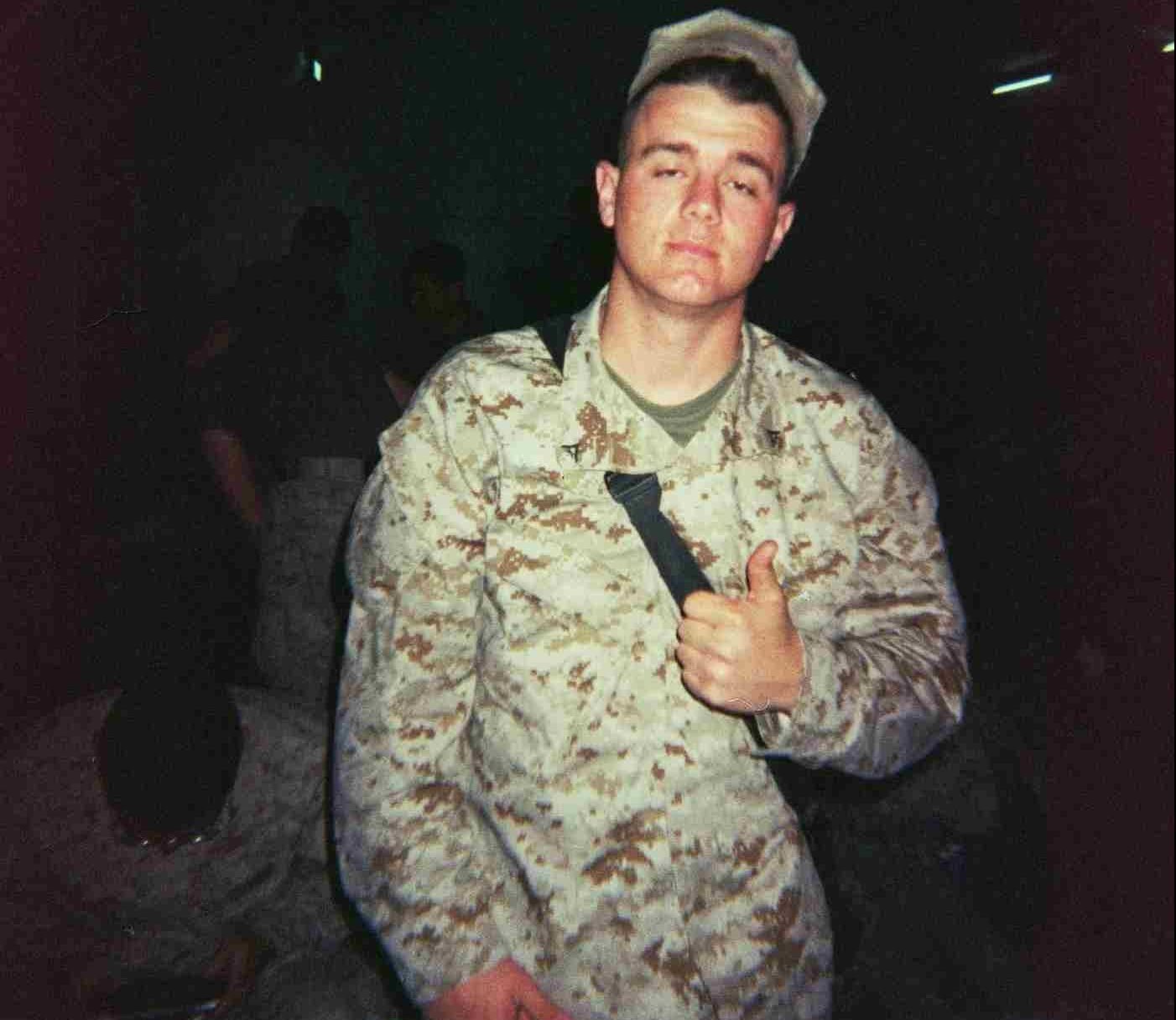 After his second tour, there was a pronounced difference. All the symptoms of PTSD were readily apparent. Nightmares, hallucinations, sleepless nights, and erratic behavior were the norm.

He again asked for help from the military, and treatment began with the characteristic denials and ridicules from his superiors coupled with the agonizingly slow process from the medical field. After months of weekly counseling meetings and numerous prescriptions, it was determined that he would be better served at a private facility for PTSD.

When an opening for that facility was not available, he was sent to a detox facility in California instead. While in counseling at the detox facility he was shut down several times when he began opening up about the fire fights and the friends he lost on his tour in Iraq. He was told, “You can only discuss Iraq on Wednesdays.” 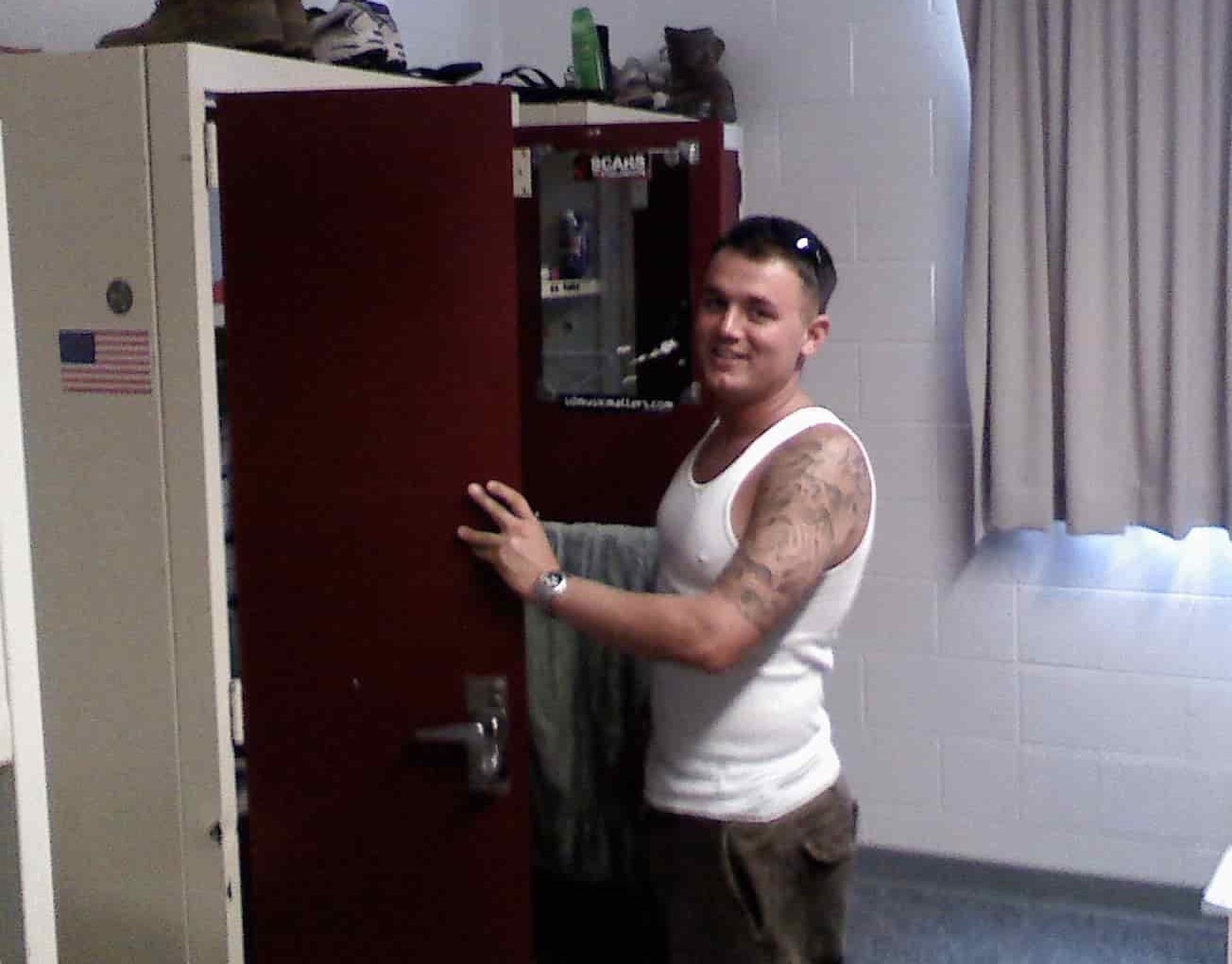 He returned to base from the detox facility with an increase in nightmares, hallucinations and sleepless nights for which the base doctors prescribed more and more medications (at last count, over 12 separate medications for sleep and anxiety had been prescribed). While he was waiting for a bed to open up, he roamed the base, drugged up and unsupervised. Blackouts and short-term memory loss were frequent. 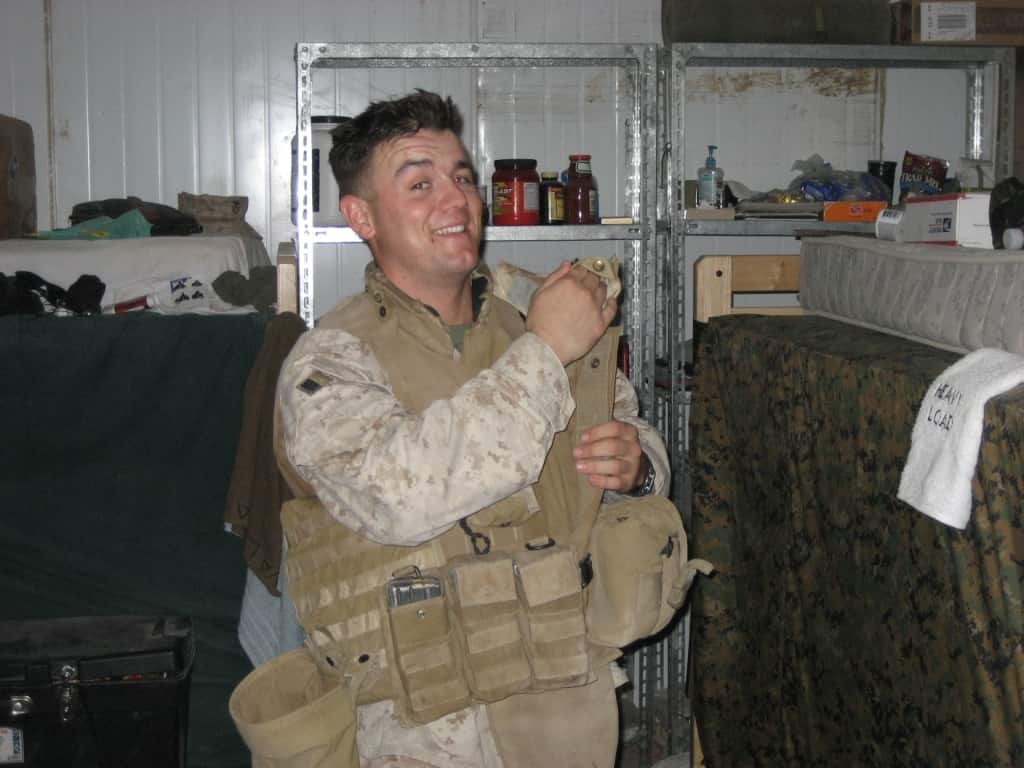 May 16, 2008:(Friday) Chad made several phone calls late this evening, to his parents, fiancée, and several of his friends. He sounded very intoxicated, but had no alcohol in his system. His last phone call was logged at 12:48AM

May 17, 2008:(Saturday) Chad died just two months before serving his four years in the Marine Corps. His fiancée had just purchased their house, wedding plans were in the works, and he had signed up for college.

May 20, 2008(Tuesday) We had not heard from Chad since his phone call on Friday evening. Chad’s fiancé was finally able to get a hold of one of his friends to go check on Chad. At 5:30PM Chad was found lying on the floor of his room.

1 week later a bed opened up at the private PTSD facility.

Still waiting for a death certificate from NCIS, while they investigate Chad’s death. 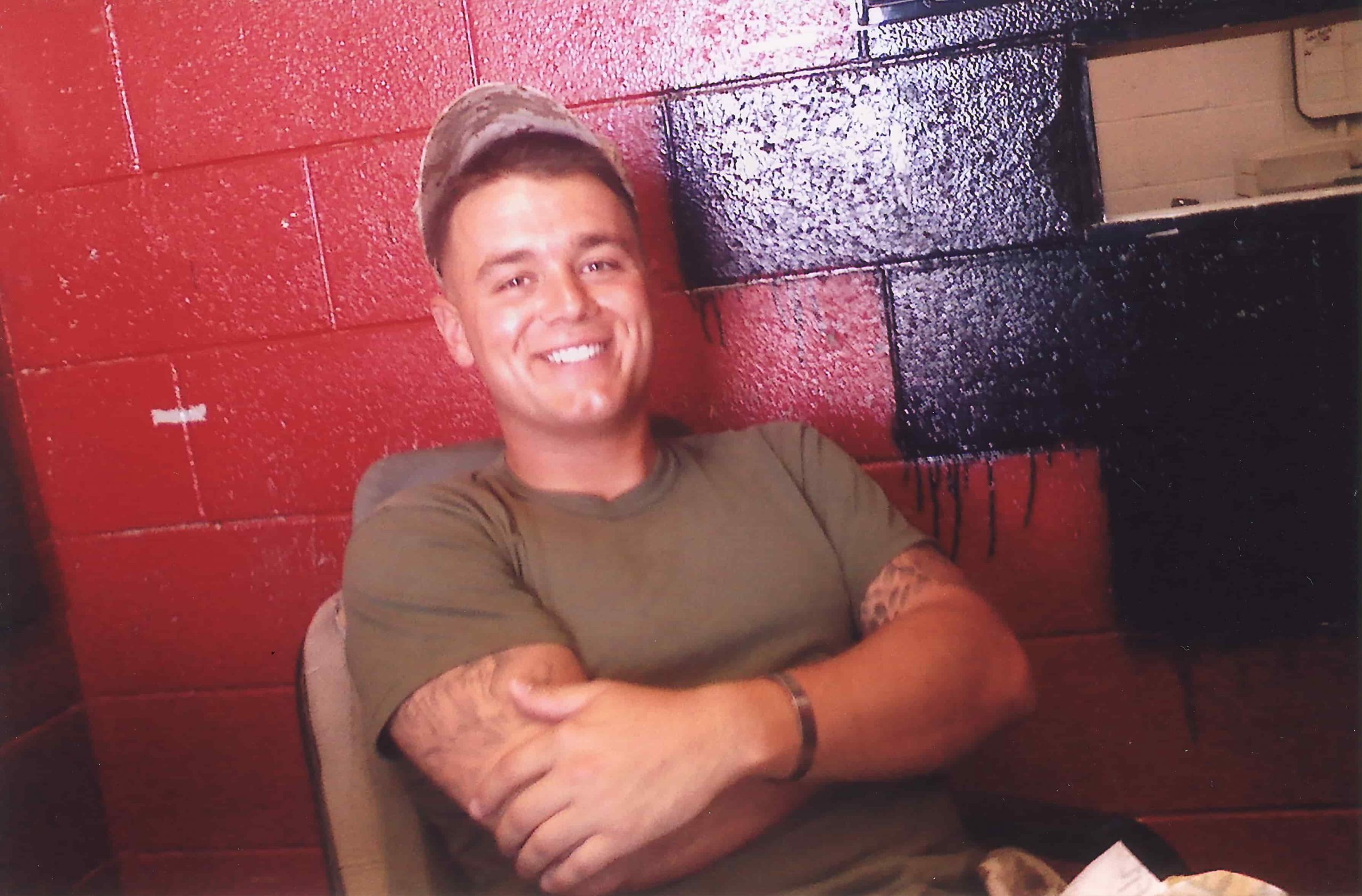 We received the autopsy report for Chad. It has been classified as an accidental death due to multiple drug toxicity. In short, the combination of prescription medications had multiple interactions. Basically, the medications in question should have only been prescribed in a clinical setting, and even then our research has shown that none of them should have been prescribed together. Negligence on the part of the Navy doctors is apparent.

This is just a short overview of one Marine’s struggle and one family’s quest for help.

There are an estimated 350,000 troops suffering from some form of PTSD The military and the VA are overwhelmed, understaffed, underfunded and in denial. We (the family and friends of Cpl. Chad Eric Oligschlaeger) are determined not to let this travesty continue. These men and women have given so much and ask for so little, that we feel it is our duty to help them get all the way home.

Please note that some of these clips are home videos and have not been censored. Viewer discretion is advised.

Going Out On Patrol

Chad in the news

The memorial bench is located in Rattan Creek in the Milwood subdivision. Take Dallas (West) off of Parmer (Parmer & McNeil).

Take a right on Kerrville Folkway. At the end of Kerrville where it starts to curve left and turns into Greybull, there is a break between the two 2-story houses which is an entrance to Rattan Creek Park (red gravel path).

You’ll see the bench on the left off the path next to a big oak tree. Enjoy your time at the bench.

Since Chad was cremated, his friends did not have a grave to visit, so Kathi Flowers suggested a memorial bench. Chad spent many hours in Rattan Creek Park with his friends building forts, riding his bikes, and playing in the creek (especially when it flooded).

North Austin MUD #1 approved the placement of the memorial bench in the park. The memorial was made possible by the following;

I want to take this moment to express my heartfelt thanks to Kathi Flowers, Dennis Minks, Dennis Sissell, everyone who donated resources, and to the many people in the community who leave flowers, plants and notes on the bench. It is all deeply appreciated. 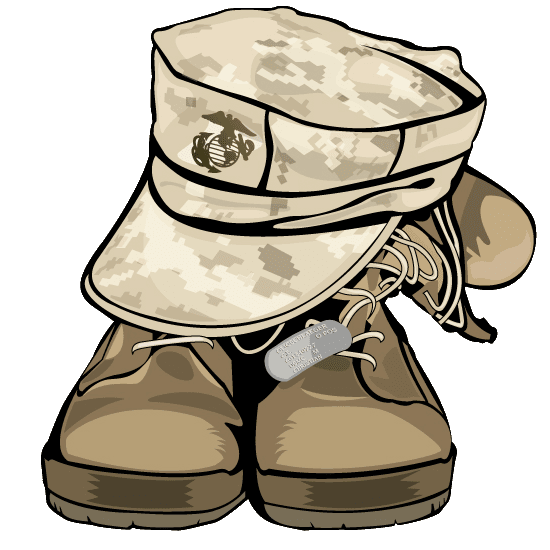